no matter where you are on your faith journey, you're welcome here

At Christ Church, we value transformation, acceptance, surrender and impact. We believe that experiencing God's love is the key to finding and living the kind of life God created us to live. 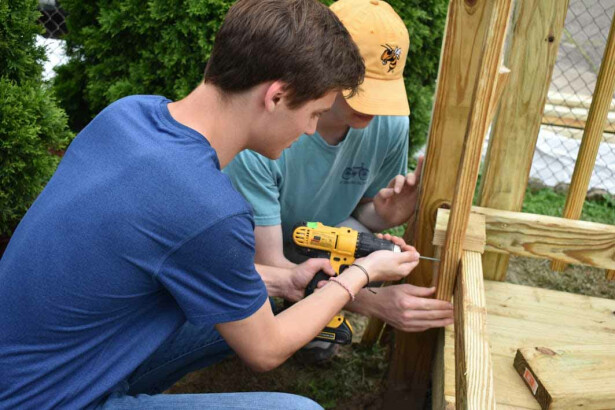 Our Mission - Becoming living proof of God's love, one person at a time 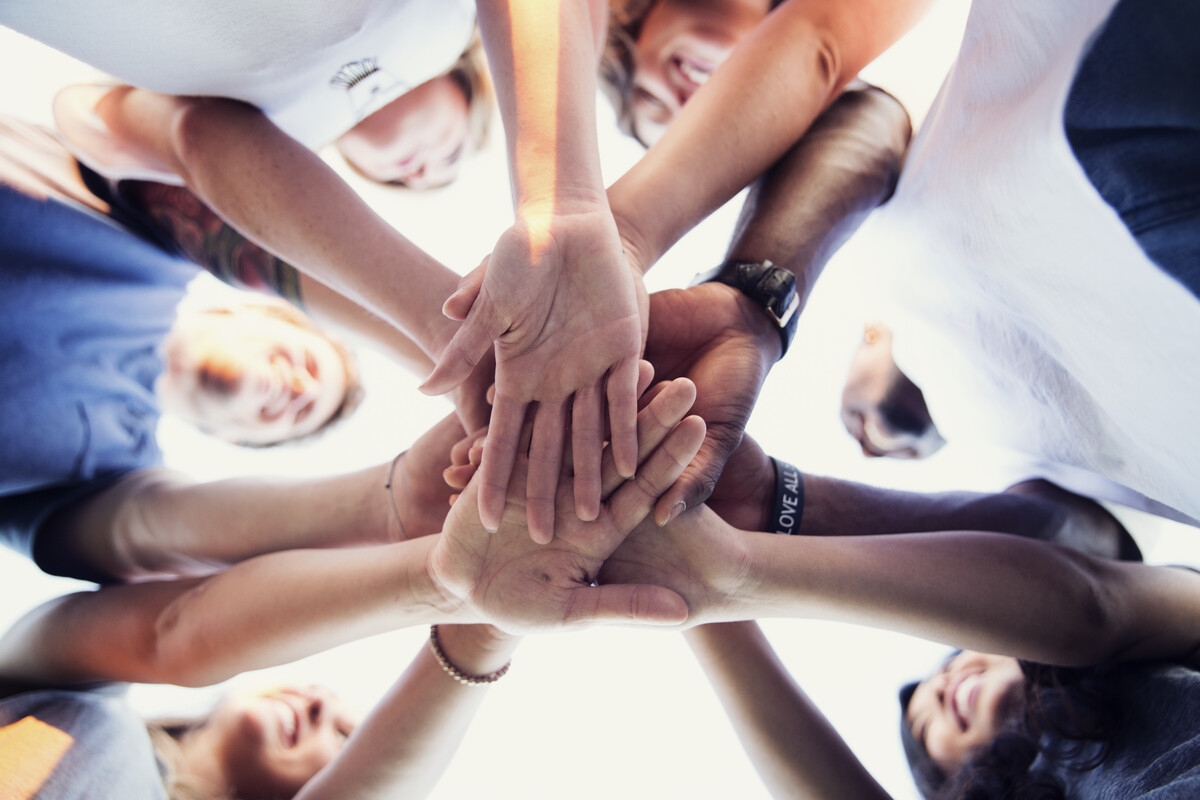 Statement of Welcome and Hope

Christ Church United Methodist’s Vision and Discernment Team has prayerfully worked over nine months, discerning a way for our church to move forward as we await the General Conference’s resolution regarding human sexuality. The Team presented their Statement of Welcome and Hope to the Administrative Council and members of the congregation; it was affirmed and adopted on June 20, 2022. 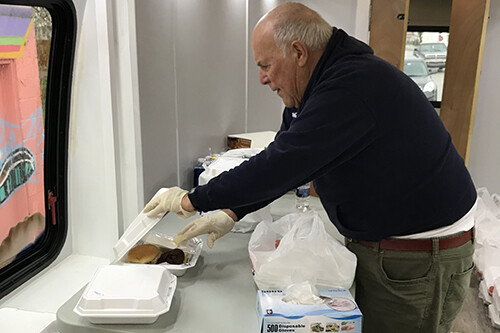 We asked the congregation to imagine a world where God's kingdom was a reality and we discovered we are passionate about three things: children, discipleship and sharing the good news of Christ. It has led us to focus our greatest passion and energy in the coming years on a  vision of Healing Divides as we:

Plant New Faith Communities
Supporting fresh ways to bring the light of God to new communities of people. Why? We need to meet people where they are to share God’s love. 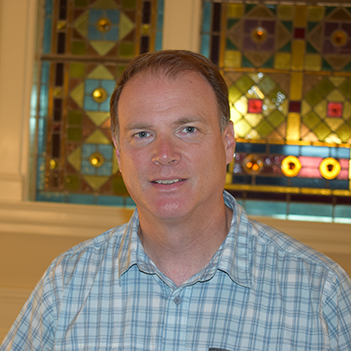 Our Senior Pastor is Rev. Dr. Eric Bryant.  Pastor Eric joined Christ Church in the summer of 2019. He entered pastoral ministry in 1991 and became an ordained elder in the Kentucky Annual Conference in 1999. He has a passion to reach the people for Jesus Christ and to see the church renew, grow and become all God desires it to be.

Our Administrative Council is made of church members and staff. Our current chairperson is Elizabeth Powell. 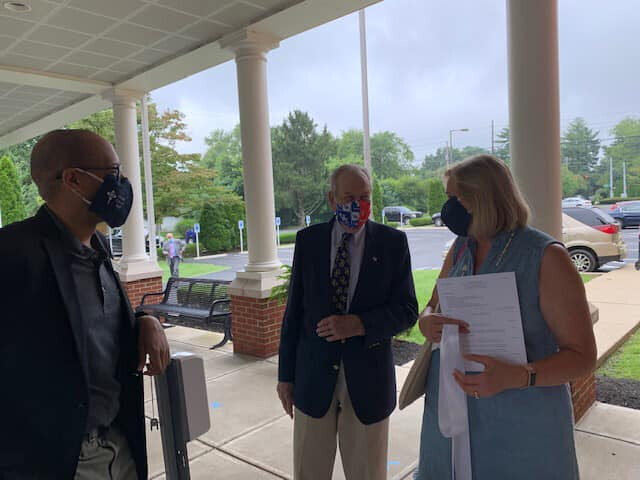 Are you new? Want to learn more?

Everyone is welcome here, no matter what walk of life you're in. A pastor is happy to virtually meet with you if you would like to discuss next steps and potentially becoming a member of our church. For more information, email

You can also view our New Here webpage. 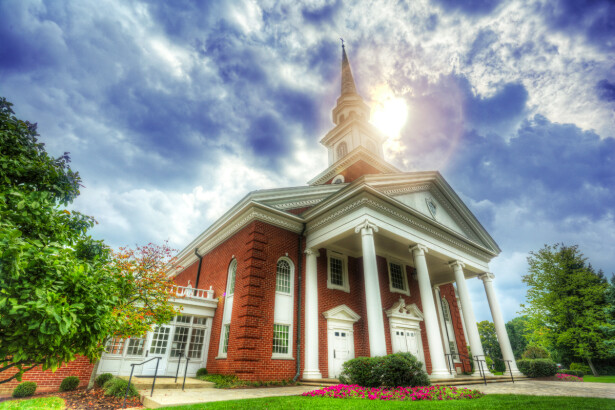 Christ Church United Methodist is a church with a great heritage. Although we have only been at our current location since 1955, we’ve been God’s hands and feet in the Louisville community for a long time.

Christ Church United Methodist proudly traces its roots back to the first Methodist congregation in the city of Louisville where early Methodists met in a log cabin on the site of the present Jefferson County Courthouse beginning in 1806. The lineage of Christ Church flows from the members who separated from Fourth Street Methodist to build the new Brook Street Church, which thrived from 1839 until 1865. In 1865, the church sold its property and relocated to 233 East Broadway and changed its name to Broadway Methodist Episcopal Church, South.

Broadway Methodist Church grew into one of the strongest churches in the Louisville Annual Conference. Broadway’s members furnished many ministerial and lay leaders to the Louisville Conference, sent the first missionary, Martha Hite Watts, to Brazil and helped to organize several other local Methodist churches including Highland, Fourth Avenue, Beechmont, and St. Paul.

By the 1940s, the community around Floyd and Broadway had begun a rapid change from residential to commercial. In addition, plans were made public to expand the Medical Center from Chestnut Street to include the area of Floyd and Brook. These factors led to an exodus of much of the downtown Louisville population to the suburbs and membership at Broadway Methodist began to diminish. On Sunday, Sept. 5, 1954, the church voted to consider relocating to the East Brownsboro Road area.

Church school classes for all ages began meeting immediately. Among the adult classes were one which remains active at this present time — the Pathfinders (from the Broadway Church). Less than one month after initial services, the new church purchased 6.6 acres at Brownsboro Road and Blankenbaker Lane from Mr. and Mrs. Luther Goose.

After 90 years of service at Floyd and Broadway - the final Sunday worship service was held at Broadway Methodist Church on Nov. 17, 1955. The merger of the two congregations was celebrated on Nov. 20, 1955, at Garnett Hall. The oldest continuous Methodist church in Jefferson County merged with the newest!

By late January 1956, it was decided to build a church plant that would accommodate 1200 in the sanctuary and 750 in the church school. On Sept. 1, 1957, just a little over two years after the initial call for volunteers to form the new church, the doors of a new chapel and initial educational facilities of Christ Methodist Church were opened.

Members of the young congregation took possession of their new accommodations with a fierce enthusiasm, continuing to grow in spiritual commitment. Church membership grew rapidly, and in a few short years the original facilities became over-crowded. By the end of 1961, plans were in place to move ahead with construction of a sanctuary, a fellowship hall, kitchen and certain additional classrooms. The construction was completed before the end of the year 1962.

The church’s membership exceeded expectations by 1966, straining the capacity of the facilities. To overcome these short comings and to continue the church on a path of growth and service, it was recommended that a two story structure be added on the east side of the church, parallel to the sanctuary. The plan for the lower floor of the proposed facility would include a gymnasium, shower rooms, scout and storage rooms, rest rooms, class rooms, lounge and offices. The plan for the upper floor would include class rooms, nursery facilities and rest rooms. In addition, it was planned to make an all-purpose room near the chapel, which became the Cloister Room, and cover the walk-way leading from the chapel to the sanctuary. Finally, the church should be properly staffed to meet the needs of a growing congregation and diversified interests.

The building was finished in March of 1974.

In the early 1980s, Christ Church fostered a mission church in Goshen that became St. John UMC. The church’s willingness to put such effort and resources into something outside herself is testament to her commitment to the community and to the charge to discipleship.

Christ Church continued to grow and change physically, with major renovations in the 1980s and the addition of the current Fellowship Hall and expanded educational and office facilities completed in 1998.

By 2004, Christ Church’s growing membership and programming ingenuity led the congregation to begin its most recent expansion.A new three-story education building was dedicated in 2007, and provided new adult Sunday School classroom space, new office space, a parlor, a covered entrance, and space for the Children’s and Youth Ministries to expand.

In 2009, Christ Church dedicated its current sanctuary, built to accommodate a membership that could no longer worship comfortably together in the Sanctuary completed in 1962, now called the Chapel. The Sanctuary makes it possible for Christ Church membership to continue to grow, as well as lead to growing ministries, such as the Sanctuary Concert Series, which gives our congregation the opportunity to welcome guests from across the city. More impressive, however, is the spiritual growth which has been the true hallmark of this congregation.

The number of current ministries, including mission activities, small groups, music programs, support groups and activities shows that this is a church where lay people understand that each Christian is called to ministry. Our mission is becoming living proof of God's love, one person at a time..

Please continue to pray that the Holy Spirit will guide us in our endeavors.