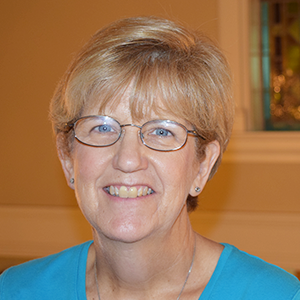 Jodi has been a church member since 1996 and has been in her current role as Office Manager since 2014. She has two sons and four grandchildren.

"Being here for so many years has given me a unique privilege. I have gotten to witness firsthand how God has used the school to share His message of love to the community and the influence that has on a child's laugh as they grow up."