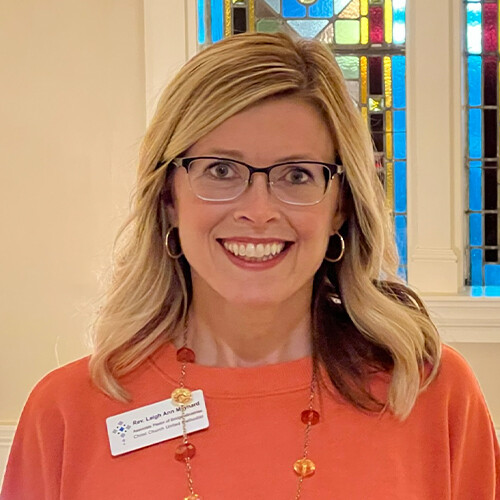 Leigh Ann is a Southeastern Kentucky native who began her pastoral journey in ministry to Youth.  In 2016, she was appointed as Associate Pastor of First United Methodist Church in Prestonsburg where she served as a Licensed Local Pastor until being appointed to Christ Church United Methodist in September 2022.

Leigh Ann grew up in the Wayland United Methodist Church with deep ties to that particular church’s history.  Her paternal great-grandfather donated the land upon which the Wayland UMC was built and her mother had been raised in that particular local church. It was there that she was baptized and later married.  Because of her long-standing family history in Appalachia (since 1795), and the richness of her people’s oral tradition, Leigh Ann loves to hear about the lives and experiences of others and to consider the way our stories shape, form, and inform us as individuals and as a people.  She is a storyteller and holds great love for Christ and compassion for his people.  Leigh Ann is always looking for the ways that Jesus is writing people into his Story.

The Word became flesh and blood and moved into the neighborhood. We saw the glory with our own eyes, the one-of-a-kind glory, like Father, like Son, Generous inside and out true from start to finish. John 1:14, The Message

“I have to love local for the world to change.” – Andy Gullahorn